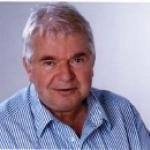 Bernd Gerhard Lorbeer has got a Ph.D. in Physics from the Ludwig Maximilian University of Munich. His topics and methods were the recognition of color patterns in the human visual system and the methods of cybernetics and mathematical physics. In addition, he gained an M.D. degree at the Ludwig Maximilian University of Munich. The focus of study was Early Detection of Amblyopia with the help of visually evoked potentials (VECs). In order to combine meaningfully medicine with the natural sciences, he decided to become active in the field of laboratory medicine upon obtaining a license to practice medicine.

Dr. Lorbeer’s training as a specialist was over a 12-year period (all at the Ludwig Maximilian University of Munich) and includes: 1) Internal Medicine (Gastroenterology and beds of the Institute of Tropical Medicine, University of Munich); 2) Medical Microbiology in the Max von Pettenkofer Institute for Hygiene and Microbiology; 3) Infectious Serology and Clinical Immunology; 4) Clinical Chemistry (Institute of Clinical Chemistry, Klinikum Grosshadern). During this period, he produced nearly 65 peer-reviewed papers as either co-author or author and became a specialist in environmental medicine.

He started his practical career with the purchase of a small laboratory in Pirmasens and later bought a laboratory in Nuremberg, which he developed into a well-recognized laboratory. For international clients, he met the accreditations of the College of American Pathologists (CAP), certifying according to CLIA. After 12 years of independence, he sold the laboratory in Nuremberg and worked as a senior laboratory doctor, for example in the largest municipal hospital in the Saarland in Saarbrücken. During that time, he earned the diploma of the ÖÄK (Austrian Medical Association) in genetics. He is a member of the AACC, European Society for Clinical Microbiology and Infectious Diseases, Society for Informatics and the Robert Koch Company.

His interest has always been, and still is, the early detection of cancer.