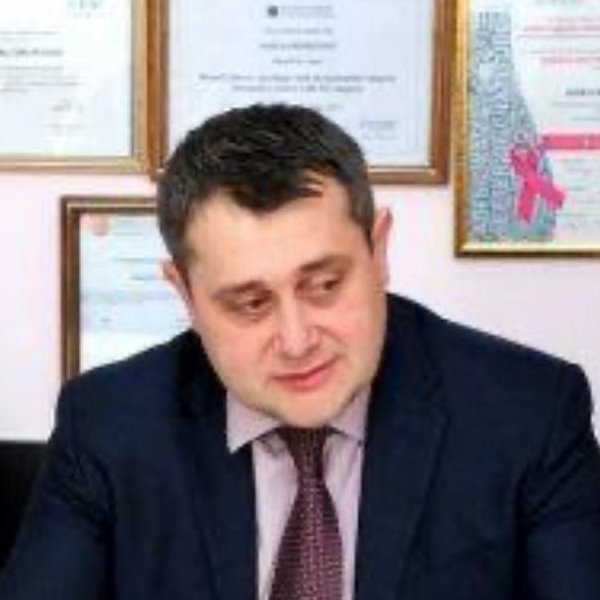 George Grigolia graduated from Tbilisi State Medical University in June 1999 and has been a licensed doctor of the Republic of Georgia since July of the same year.

In February 2002, at the International Hepatology Conference, he was awarded for the presentation of the best poster (the city of Dahau, Germany). Poster topic: "Results of Hepatocellular Carcinoma Treatment".

From 2006 to 2012, he worked as a tutor / associate professor at the Department of Surgery at the University of Munich. He also taught at the ongoing student courses at the same department.

In 2006 he qualified for the current laparoscopic training course at the Davos International Laparoscopic Center. And in 2008, 2010, and 2014, he improved his skills in the Laparoscopic center at the Esculaup Academy in Tutlingen.

Since 2007 he has been actively leading the project of exchanging students and residents of Tbilisi State Medical University in the central and academic clinics of the University of Munich. Also, since 2014, a scholarship named after Professor Nodar Grigolia has been established here, which is awarded to a student with a particularly good knowledge of surgery.

From 2008 to 2010, he worked as an associate professor at the International Sonography Study Course at Clinic Groshadern.

From 2008 to 2011, he worked at the Department of Surgery of the University of Munich as an Associate Professor, with a practical background in general surgery.

In 2011-2019 he was leading a permanent field lecture / practical activities in Tbilisi State Medical Universitety with the status of a visiting doctor/professor.

In 2013, George Grigolia with professor Heinrich Stiegler and professor Karl-Walter Jauch established a fund, exchange program in Germany, which was named after Professor Nodar Grigolia. Through this project/fund, approximately 450 students and young physicians have been given the opportunity to go through a 3-month study period to improve their qualifications as scholarship holders at the Ludwig Maximilian University Academic Clinics in Munich.

In 2013 he was awarded the title of Honorary Doctor of Tbilisi State Medical University.

From 2014 to 2015, he was the Chief Surgeon of the Department  on the Academic Base of the Medical Faculty of the Technical University of Munich, Clinic Wilheim.

Since September 2015, he has been actively involved in the activities of the Academic Base of Ludwig Maximilian University in Munich, at the Clinic Fürstenfeldbruck, and has been working as a Senior Surgeon at the Department of Surgery.

In 2019 he was awarded certificate of honor: recognition of the special merit of the representatives of the diaspora for their contribution to the development of science.

George Grigolia is the author and co-author of 10 scientific papers, which have been published in both Georgian and international medical journals.