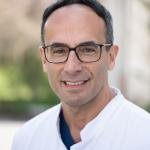 Fuat Oduncu studied medicine, Philosophy at Jesuite University of Philosophy, Munich; Dr. phil. at University of Munich, Bioethics at the Universities of Nijmegen, Leuven, Madrid, Padova, and Health Care Business Administration at the Munich Business School and the Boston University School of Management. In 2013, he was appointed Professor of Medicine at the prestigious Elite University of Munich. Besides, he holds several board certifications in internal medicine, hematology and oncology, palliative care, and hemostaseology.

Between 2007-2019 he was heading the department of Hematology and Oncology at the Medizinische Klinik und Poliklinik IV, University of Munich. From 2019 to date, he is the director of the new department of Hematology, Oncology and Palliative Care at the hospital Helios Klinikum Munich West. Moreover, Prof. Oduncu is member of several national and international scientific societies. He published more than 200 scientific contributions on cancer, immunotherapy, organ transplantation, brain death, embryo research, palliative care, euthanasia, and priority-setting in health care. Prof. Oduncu has been awarded several scientific awards, among others with the prestigious Vincenz-Czerny-Award for Oncology by the German Society of Hematology and Oncology, and the m4-Award for Personalized Cancer Medicine by the joint Excellence Cluster of the Bavarian Ministry of Economics and the Federal Ministry of Education and Research. In 2016, Prof. Oduncu has been elected President of the Erich-Frank-Society for the promotion of the German-Turkish relationship between the Medical Universities of Munich and Istanbul, and in 2017 he has been elected the first President of the World Medical Association of Suryoye (WMAS, for the medical promotion of the Aramaeic and Assyriac people all over the world).