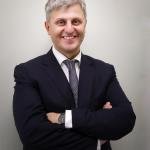 Renat Akhmerov graduated from Kazan State Medical University. In 1996, he completed an internship in Brazil at the Head and Neck Surgery and Plastic surgery departments of the Hospital das Clínicas da Unicamp. In 1997, he completed an internship in the General Surgery and Maxillo-facial Surgery Units at the Borgo Roma Hospital, Italy. In 1999 he completed a Master’s Degree, defended the Master’s thesis entitled «Magnetic resonance imaging characteristics of the site of acute inflammation in disease of odontogenic origin». Also, he underwent an advanced training course in ENT Surgery at the Kiel University Hospital (Germany). In 1999 – 2003, he was ENT and maxillo-facial oncologist at the Clinical Cancer Center of the Republic of Tatarstan. Renat underwent advanced training courses in Plastic Surgery in Munich (Germany) and in Rio de Janeiro (Brazil), 2001. He was plastic and maxillo-facial surgeon at I.M. Sechenov First Moscow State Medical University Hospital in 2003-2007. Renat completed a Doctorate Degree, defended the Ph.D. thesis entitled «Comprehensive magnetic resonance diagnostics and EMG monitoring in surgical disorders of the maxillofacial region» in 2006.

Renat Akhmerov is the holder of the following patents: